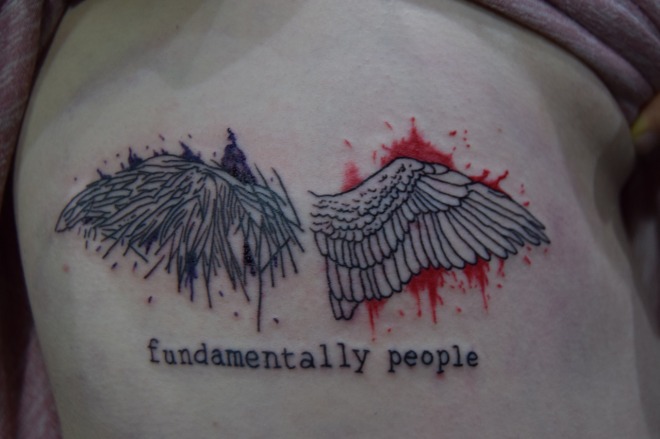 OK, so it isn’t perfect and I wanted more colour, but that can be easily fixed in the future. Also I know that Crowley’s wing isn’t supposed to be much different than Azi’s, but… well, it looks better like this 😀

Labeling people as masses with a singular thought only causes seclusion and prejudice. We are all individuals. And I really hope that I won’t change my mind about this in my life.