Booking Through Thursday is a meme created at the blog of the same name that poses a different question about reading each week.

This week’s questions is: If you had to choose to live within a novel, which would it be? 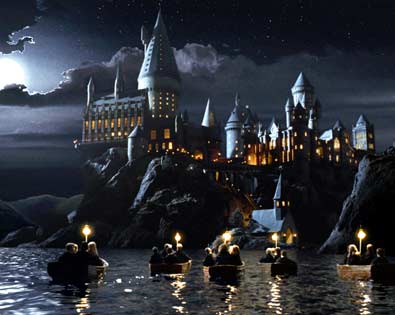 I already felt bad about not having time to do my usual Thursday blogging yesterday, and now I feel doubly bad because, as it turns out, this week’s Booking Through Thursday features my question!

Of course, I already had an answer in mind when I asked, and that answer would definitely be Harry Potter. Granted, I’m not as enamored of Rowling’s writing as most of her fans are, and in fact prefer the movies to the books. My opinion likely would have been different had I read the books as a kid back when they were first released, but I didn’t (deciding instead to be contrary for contrariness’s sake) and so my allegiance is tied to the film world. Still, I can’t think of a literary landscape that I would rather spend time in than that of Harry Potter. I firmly believe that the world could only benefit from the presence of a little magic, and you can bet that if I were a student at Hogwarts, I would be the Hermione Granger of my class. I would want to learn everything magical there is to learn; Harry and company should realize that every time they complain about the massive amounts of homework they have to do, they are complaining about getting to do magical homework for their magical classes. I would gladly trade with them, but alas, I’m trapped within the muggle world and so can only daydream about the day when my dreams of attending Hogwarts become a reality. Luckily, I’ve persuaded the boyfriend that a trip to the Wizarding World of Harry Potter is in order soon. I will be the grown woman pushing little children out of her way to get my wand, and I will try to forget, for at least a day, that magic doesn’t exist.

3 thoughts on “Booking Through Thursday”